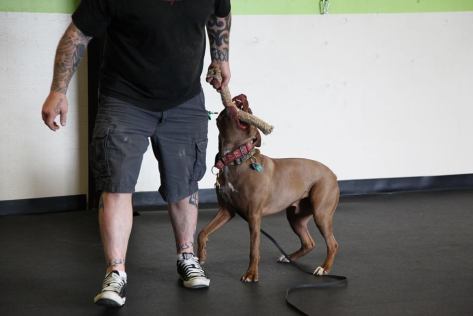 Particularly, in the Balabanov tradition, with Ellis making a close second. They’ve always said that it develops:

5. A high value “reward event” that isn’t food based

1. This one is practical: It begins to “shape” the Conditioned Relaxation exercise Kayce Cover calls the “Toggle”. The way I teach the “out” is by using a “Dead Toy” out. It’s a form of Negative Punishment. Basically….. You make the toy become less fun. They “restart” the game, by letting go. I always knew that it shaped the idea that a sudden shift in body language could stop play. But once I learned the Toggle from Kayce (shifting from “Alert” to “Easy”), I realized that teaching tug first helps them understand the concept of “shifting gears”. Toggling just takes it much further.

(This little guy picked up the “toggle” much faster after teaching tug. A little bit of shaping, and a little bit of stress relief. Bringing me to #2) 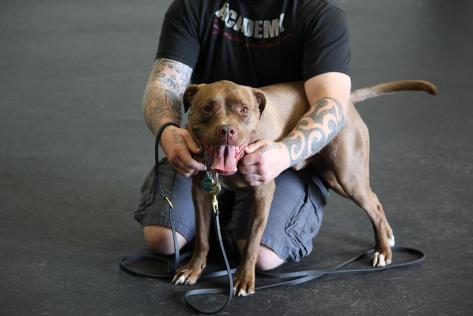 2. This one is theoretical: Biologically appropriate activity. That’s huge for a couple of reasons. First, it is a big stress reliever. And I don’t just mean in the way that exercise dissipates stress.  That’s totally true. Any exercise alleviates stress. But biologically appropriate activities are more than just an energy drain. Temple Grandin describes the “Freedom to express normal behaviors” as one of the four freedoms that define a healthy lifestyle. The others being freedom from hunger, pain, and fear! Well, for a dog, ripping and tearing with their mouth is as biologically fulfilling as it gets! Hell, developing COOPERATION over a thing we’re both gripping is natural!. Watch a pig hunt…. dogs hunting a pig…. not a pig hunting, that would just be weird. But, of all the activities you can do with your dog it is probably the MOST biologically fulfilling activity you can engage in with them.

Yeah, those are more “realizations” of what the hidden benefits are, than actual technique discoveries. But still….. Way more reasons to do it, if you don’t already.

Not sure HOW to do this?

Let me show you!